How the internet has enriched my life during isolation

My hubby and I are lucky enough to have a laptop each. We thank heavens for that because they have enabled us to communicate far more widely with our extended family than normal.

Part 1. Party time online
The trigger to get communications sorted was Jenny’s 20th birthday. If we couldn’t all meet, we’d better arrange an online party. Our work - at - home “children” were getting used to video conferencing using Zoom, Microsoft Teams, Skype, Facetime and the rest. They chose Zoom and got things set up; we just clicked on the invitations to attend a “meeting” and we were in. Easy - peasy. 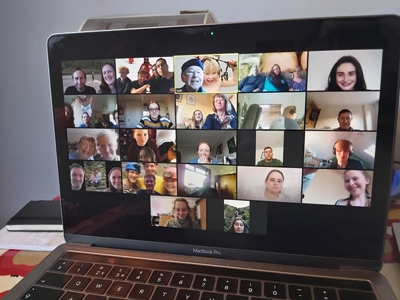 On Monday 21st April roughly 30 family and friends in 22 locations logged into Zoom at 7pm. The whole party idea nearly went down the plughole: Jenny hadn’t been warned and she refused to interrupt what she was doing. But eventually her face appeared; she was thrilled. It took about 5 minutes to get everyone sorted out with sound and video switched on so we could be seen and heard. Now it was time for Happy Birthday. I “played” it on the oboe while everyone else sang (“sing in F starting on middle C”). We concluded that Zoom is NO GOOD for choirs or orchestras!! There is a time delay of at least 2 seconds. That doesn’t sound much but believe me, Happy Birthday was trashed! But it’s the thought that counts and it was just about recognizable.

Next came the cake and candles. A birthday cake made by Jenny herself was shown on screen. Everyone produced some kind of lit candle making 20 in all. Jenny was asked to “blow out her candles and wish” and we managed pretty well to coordinate the effect.

The last bit of organized partying were the speeches: each family had been asked to deliver a brief item: a joke, an anecdote or a tongue in cheek appreciation of Jenny’s finer points. It was hilarious but after that, order completely broke down, chaos reigned and, one by one, we quietly slipped out of the “meeting”.

I know Jenny appreciated that so many people had remembered her birthday in these difficult days. She says that in a funny sort of way, it will be a celebration that she treasures.

Part 2: On-line board games
At least three of our families have settled into a regular evening pattern. We eat at about 7pm and watch a bit of TV (often some of the marvellous live-screenings that have become available). At about 8.30 someone sends out a WhatsApp message to Pigs in Isolation, our family group: “anyone ready to play?”. The answers come flooding in, some Yes some Busy. On average there will be 6 of us from 3 households who settle down to play board games for at least an hour and half. (It really eats up the time!!). 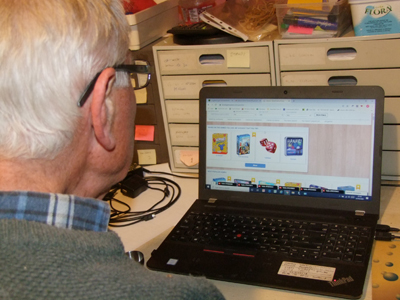 We use www.boardgamearena.com as our games platform. It is free to download and use although there has been an understandable upsurge in its use and it can take time to get a slot to log in. Several of us have decided to become Premium Users for a nominal monthly fee and that has big advantages.

We began with our family favourite Oh Hell. It’s a whist type card game; a nice mix of chance and skill (mostly chance). It is the game that we always play to end the day when we are actually together for real. Now we are treating it in exactly the same way: we always end the evening with a game of Oh Hell, sometimes with 8 of us.

There are over 150 different games available with this site. So far we have mastered Sushi Go, Saboteur, Solo, Can’t Stop, Battle Sheep and Incan Gold over the last 6 weeks (Gosh, is that how long we have been socially isolated?!) With 142 games left, we have plenty of scope not to get too bored! 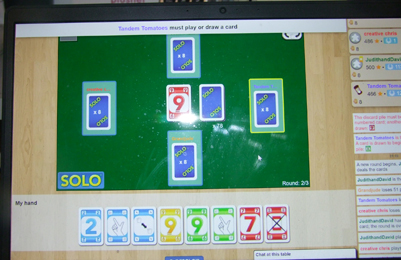 Our new use of the internet is wonderful. We are in touch with all of our family on a daily basis and it’s lovely. What I wonder now is Will this continue when it’s all over? And that’s a question that we will be asking about many aspects of our present way of life: working at home, less commuting, less flying, less frequent shopping, being much more thoughtful about what we shop for, video conferencing, more exercising (??), more interaction between parents and their children, more thoughtfulness of people for their neighbours, better appreciation of people who work in difficult or hazardous conditions, more awareness of consequences of how we live in this world. And so on. Will we look back on the Coronavirus pandemic as a wake-up call?