Continued high Covid rates meant that the village fete could not go ahead as planned. All the hard work by Nicola Noble and the BUSCA events team came to nothing. Or, almost nothing. A few hardy would-be stall holders came together and arranged a village walking trail of stalls in people’s front gardens or drives.

I caught up with the Scouts where Samuel and Lucas, among others, were busy getting people to have fun at their stall under the watchful eyes of Scout leaders Adelle and Alex. Adelle told me it was really great to see so many of the scouts turn up and do their bit during the day. They are trying to raise money for a new scout hut and would like to thank The Hunting Lodge, The Three Crowns and The Moorings for their donations to the Scout Tombola.

And the winner is … 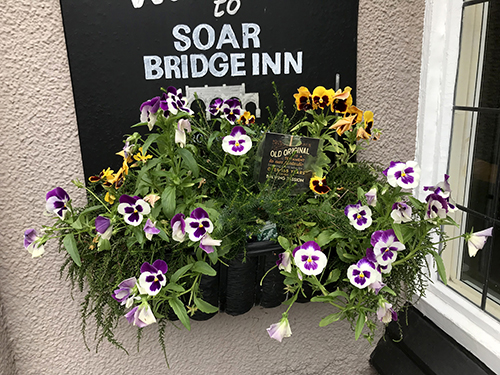 The hanging baskets competition encouraged some great entries. It’s always lovely to see flowers in our streets and with so many other events cancelled, this was one of the few things we still had to enjoy.

The winner of the competition was the Soar  Bridge Inn with their range of flowers and colours.

Creativity came from the Three Crowns who went for a George Cross theme to celebrate England men’s football squad.

The Navigation offered a splash of colour against their white walls. 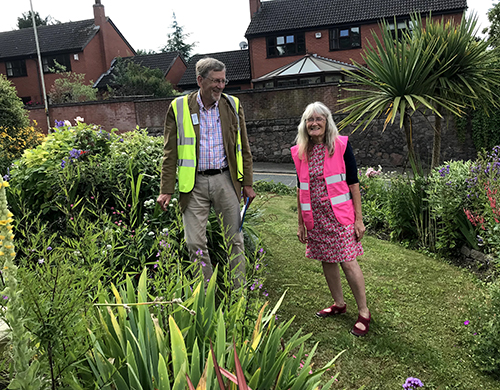 John Constable, one of the Royal Horticultural Society East Midlands in Bloom judges visited the village in July.

He visited various green areas including Jerusalem Island (pictured here with Jeanette Hollis from the Gardening Club), as well as meeting lots of volunteers from a range of community groups. 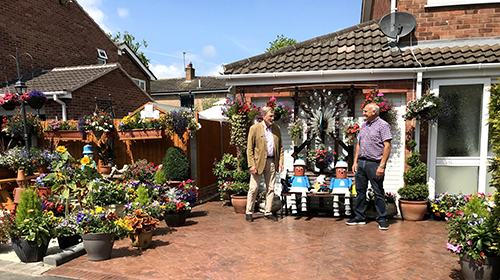 Congratulations to Terry Brookes who won the Best Front Garden competition with Barrow Open Gardens this summer. Here he is pictured with John Constable from the Royal Horticultural Society 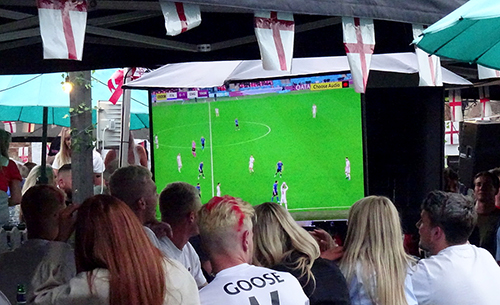 The summer excitement, hopes and dreams of the Euros seem a long time ago now but many of the village residents gathered together at the Three Crowns to share the joy and the pain. Here’s to the football World Cup!

I called in on a quiet afternoon and found
Celia, Joyce and Terry enjoying a card game while Di, Gwen, Dorothy and Jo played scrabble. They were all really pleased to be back, meeting, chatting and socialising.

The mystery of the appearing … and disappearing station safety sign 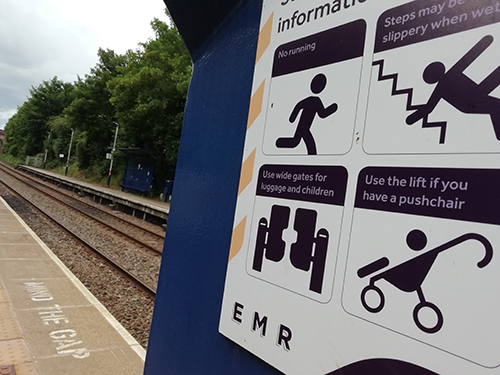 Some residents may have noticed a sign that appeared at the bottom of the steps of both platforms at Barrow upon Soar railway station. It gave sensible safety information about not running and taking care on slippery steps.

The part of the sign that really frustrated some Barrow folk was the bit that said “use the lift if you have a pushchair”. After years of unsuccessful lobbying for fair access to the platforms, this appeared rather ludicrous. East Midlands Railways directed me to Network Rail who redirected me to East Midlands Railways who directed me to a subcontracted signage company who took the sign down. It wasn’t the sign that annoyed people, it was the lack of engagement with making the station accessible. It was just easier to remove the sign.

Barrow’s MP Jane Hunt, told the Barrow Voice that she has been in contact with the Department for Transport and Network Rail about making the station more accessible. She hopes that, in the not-too-distant future, further funding will be allocated to the Access for All programme and she will work with local people to apply for funding when this scheme re-opens. There is currently no indication of when this may be.

See the article of extra housing planned for Barrow upon Soar for comments about the fact that the station is one of the contributing attributes which makes Barrow a ‘service centre’ and so attractive to new housing
developments.

Find your way to the Secret Garden 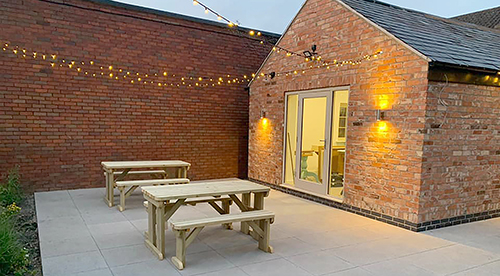 A new café has opened in Barrow High Street – or rather behind Taylor’s Florist.

Run by Barrow’s Katie and Jason Edwards, it opened on 3rd August.  Katie bakes the cakes and cookies and her mother cooks the breakfasts and lunches.